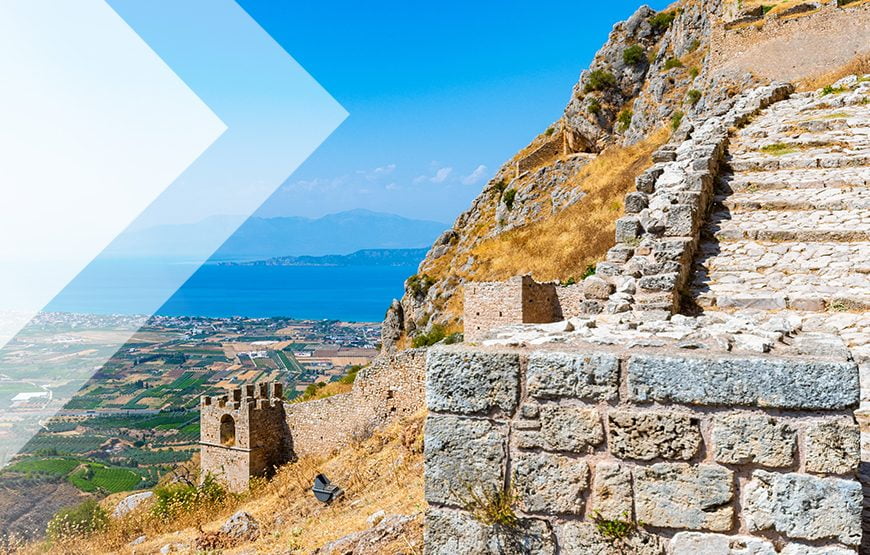 In the southern part of Greece located the peninsula Peloponnese. According to historians, the origin of ancient Greece originated here.

About 1.5-2 hours from Athens is the Ancient Corinth. Its history begins with the 7th millennium BC. It was a large port city of Ancient Greece. Its successful location on the path of trade routes served to increase the prosperity and strength of the people, the city became the trading capital, and the god Apollo patronized him. In the 700-600 BC. Corinth exceeded the modern capital of Greece. Here, the best weapons were manufactured at the time, and ceramics was recognized all over the world.

Significant events that occurred in Corinth.

The birth of Diogenes, who preached the doctrine of a happy life, not burdened with useless things and superfluous experiences.

In honor of the sea god of Poseidon Isthmian games were arranged.
The apostle Paul read his sermons from the rostrum in the ancient market square. Here he was tried and acquitted. The tribune has survived and it can be seen.

The preserved architecture of the ancient city.
The main part of the surviving buildings dates back to the era of the Ancient Roman Empire. Fountains, temples of Apollo and more than 70 Doric columns are all presented for inspection by tourists. The museum has a large collection of ancient surgical instruments, mosaic elements, glass items and sculptures.

On the rock hanging over the ruins of the ancient city, to this day is preserved the acropolis with a container of stored drinking water.

Another architectural landmark that is included in the tourist route is the ancient temple of Aphrodite. Thousands of priestesses in the temple served and glorified their goddess. Great respect and relevance was enjoyed by those women who had long hair. The priestess’s status was determined by the length of her hair. Later, the temple went under the protection of the Christian faith, and then became a Turkish mosque. Acrocorinth, "Upper Corinth", the acropolis of ancient Corinth, is a monolithic rock overseeing the ancient city of Corinth, Greece. In the estimation of George Forrest, "It is the most impressive of the acropolis of mainland Greece. Corinth was a city-state on the Isthmus of Corinth, the narrow stretch of land that joins the Peloponnese to the mainland of Greece, roughly halfway between Athens and Sparta. The modern city of Corinth is located approximately 5 kilometres northeast of the ancient ruins. 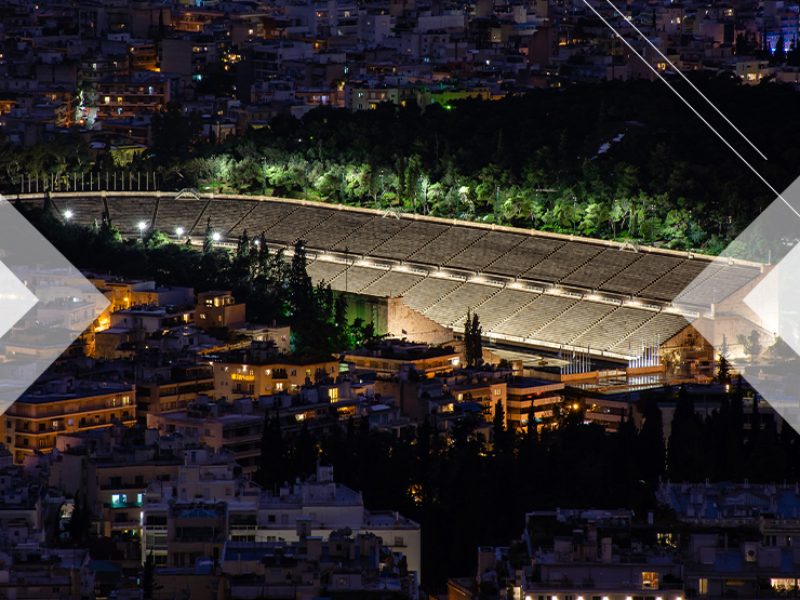 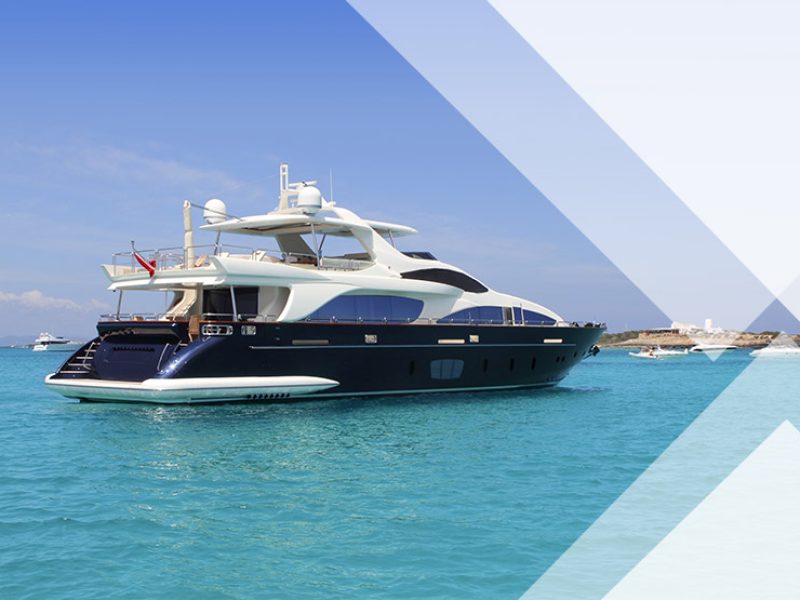 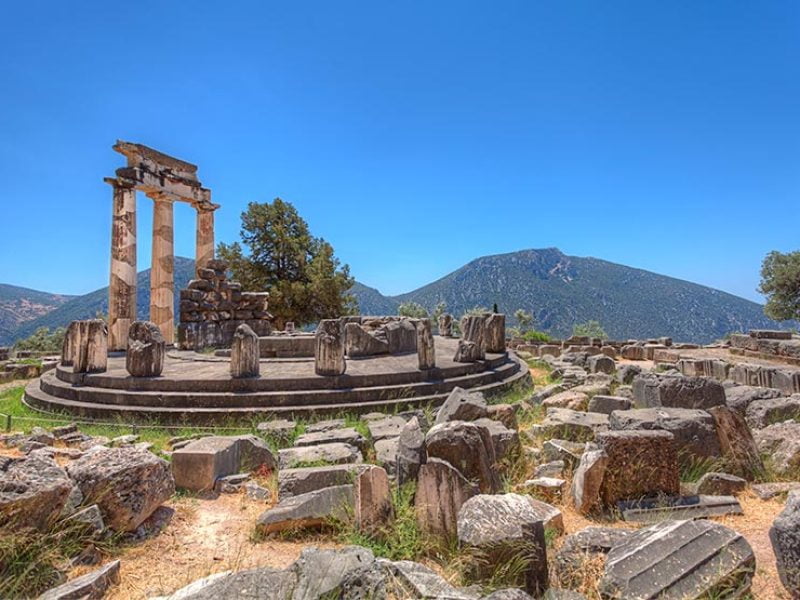 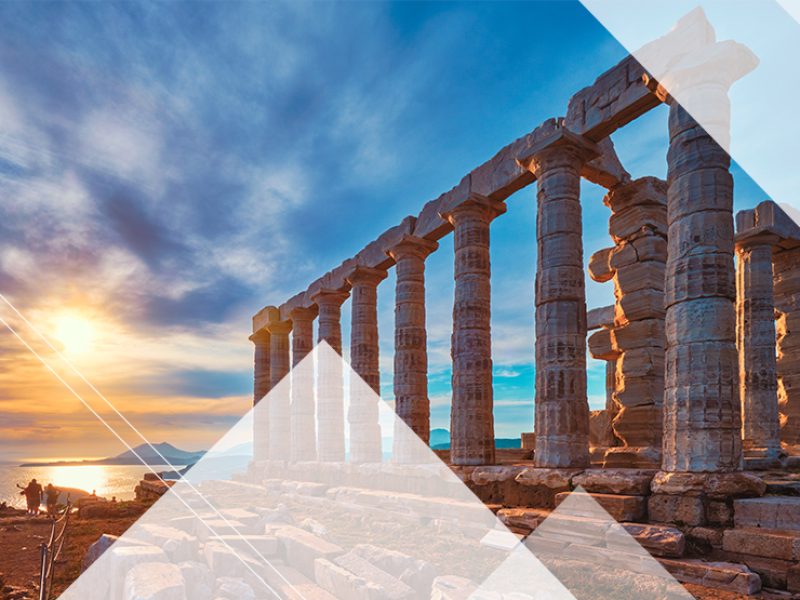